Last weekend I attended two packed freestyles. On both occasions there were almost two hundred people on the dance floor. It seems Modern Jive is in rude health, but lets not get complacent – not all freestyles are so well attended. Like any organisation Modern Jive needs fresh ideas to sustain it. On Wednesday night I experienced an example one such new concept – a ’50s themed mid-week freestyle.

This unique freestyle was organised by Steve Carr, and his wife Lynn, at Want2Dance’s Melton Mowbray venue at The Royal British Legion. Having been impressed by DJ Steve’s music on a visit in January, I was interested to see how he put his playlist together. It surely wouldn’t be easy finding enough tracks from the ’50s or finding songs with a ’50s feel (Want2Dance promoted the night as a ’50s Feel-style).

I needn’t have worried, for Steve found a whole load of songs that I just loved dancing to. Here’s my first pick – an intrumental version of Cole Porter’s 1932 song Night and Day by Earl Bostic, an American alto sax player. Bostic gives the track a rock ‘n’ roll feel and its pace was perfect to modern jive to. How do you find these tracks Steve?

A great night out – says everybody

I thought it was a fabulous night, and when I visited the Want2Dance Facebook Page it seems everyone else did too. Facebook is a great way to gauge reaction to events. Steve’s own mini review had 14 Likes and 4 comments within 24 hours. The comments that were posted said it all, and they got almost as many likes.

Steve quite rightly made reference to the great lengths the ladies had made with their fabulous dresses. 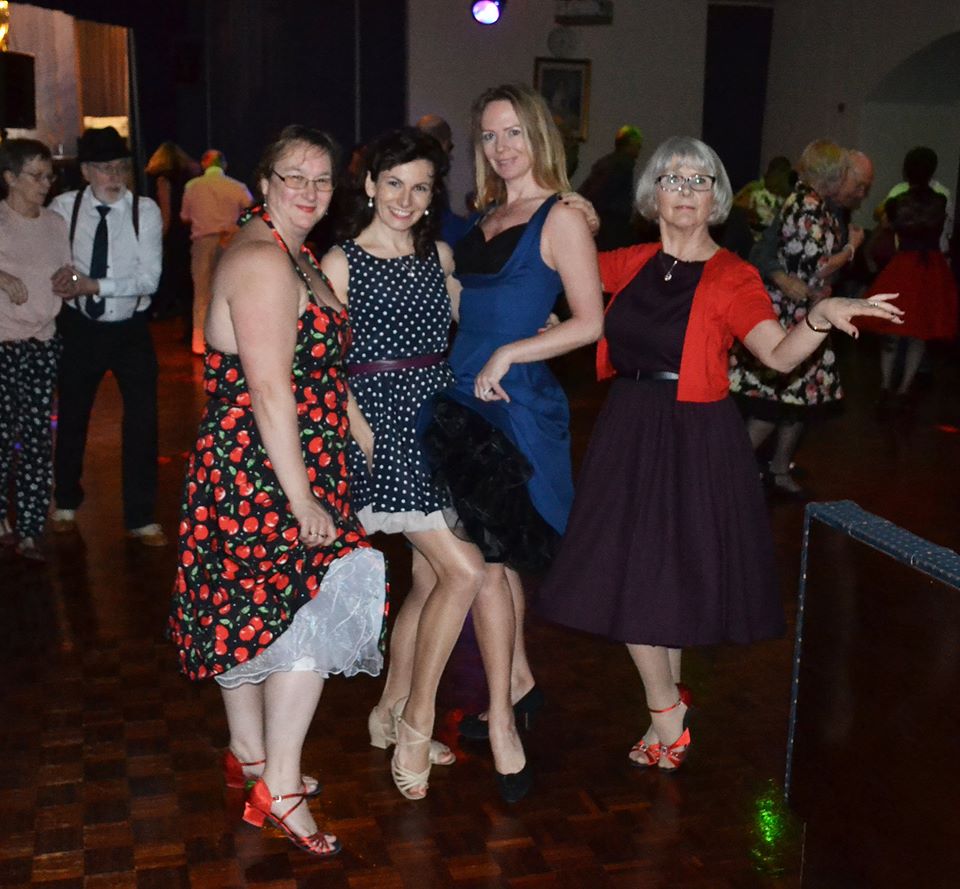 The ’50s style dresses really add to the atmosphere particularly when they are shown off on the dance floor.

The Guys made an effort too 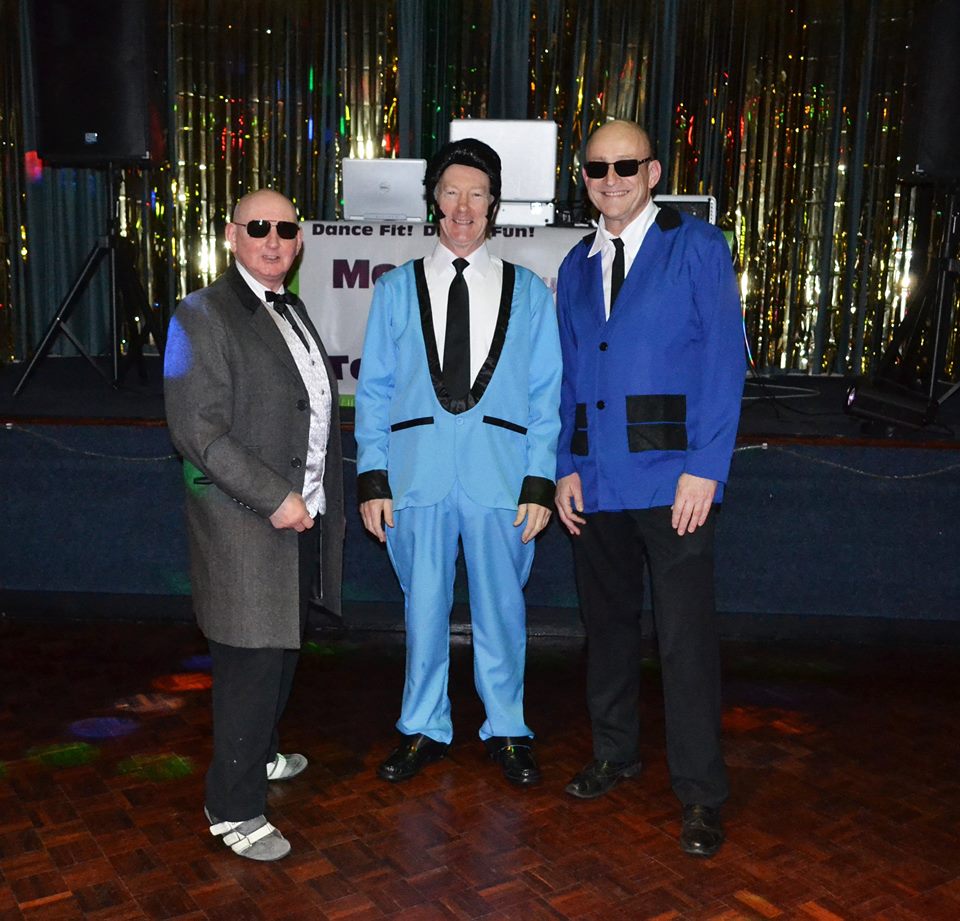 Steve’s Facebook posting also notes that the guys made a Top Effort. Love that blue Teddy Boy jacket, and I must get some glasses like that for my outfit.

It seems the music wasn’t bad in The ’50s

DJ Steve did a great job in reminding us all that there was some pretty good dance music in the fifties. Bobby Darin’s Dream Lover, Johnny Tillotson’s Poetry in motion and Dion’s Runaround Sue – all classics – were great to dance to. Watching the video, I’m not sure how the audience stayed in their seats during the Dion performance. Their loss, at least we all got a chance to dance to it.

As you’d expect from DJ Steve, there was some interesting picks. He played Elvis of course. All shook up, has a wonderful bouncy Rock ‘n’ Roll rhythm, and even better it’s not too fast for modern jive. Rather than play Elvis’ Stuck on you he gave us the Cliff Richard’s version. The Elvis track is actually a little slow, but Cliffs take on it, from 2013, is paced just right. An impressive choice Steve.

Some great finds from the ’50s vaults

I love it when DJs dig out some real gems from the dance music vaults. Steve must have spent a long time digging around because there were tracks on his playlist that I’d never heard before. Bobby Day’s Over and Over was a great find. It’s authentic Rock ‘n’ Roll but it’s still perfect to modern jive to. I do hope tracks like this one get plays at regular modern jive freestyles.

Is there anything better than dancing?

Watching people jiving, at events like Wednesday night, makes me think that there’s nothing better than dancing. Apparently there are things that come close. Can’t see it myself, but people tell me otherwise. Apparently what makes the world go round is chocolate, so Steve and Lynn provided a chocolate fountain with fruit you could smoother in the sweet stuff. It went down very very well.

Slowing it down throughout the night

I’m always pleased when DJs slow the pace down at all times of the night. With a lot of fast Rock ‘n’ Roll tracks on offer it was particularly important. Steve played Ben E King’s immortal Stand by Me and I loved Matt Monroe’s Honey on the vine. For the last track Steve chose a song that must have been played at the end of every school dance in the fifties. Buddy Holly’s True love ways was a perfect to end an evening with a true fifties feel.

I had wondered if a whole night of ’50s music might be too much, but I could have gone on a lot longer. From the comments on Facebook above, its obvious that this will not be the last of the ’50s themed nights, and it won’t be long before we all have a chance to do it all again. I have no doubt it will be just as successful, and as the word gets about, people will be coming from farther afield.

This was a great night and it proves that new concepts are always worth a try. I hope other dance organisations will follow Steve and Lynn’s lead and try their own new ideas. Remember we must not take this great social dancing scene for granted. Now Steve a word in your ear, ‘What do you think about a Motown Special’. I know someone who might be able to help with the playlist!

About the Author: Paul Jeffery

A Modern Jive Dancer with a passion for Dance Music. In my Blog I hope to offer reviews of the music we dance to, and the Classes, Freestyles and Weekenders we love dancing at. I started dancing eight years ago at The Ceroc Passion dance class at Rolls Royce in Derby. I remember what it was like being a beginner and I always try to make the beginners classes now. I'm a great believer that we should support beginners through their first lessons, in the hope they will get the Modern Jive Bug. Disco dancing in the early seventies I became a lover of Motown and Soul music. During the next ten years I also got into Northern Soul and Funk. In the eighties my dance hero was Niles Rogers of Chic. I now dance at least three times a week in my local area of Nottingham, but also travel more widely around the country to write reviews of new venues. With my Soul Boy roots I'm an advocate for more Motown being played at Freestyles.